Last month, in Penticton, BC a group of five black bears – three males and two younger females – had been spotted feasting on residents’ garbage. Conservation authorities were called in, and the five bears were shot dead. This came just a week after six bears were shot in over a three day period near Kelowna.

Unfortunately these incidences were anything but anomalies. This year there has seen a substantial increase in the number of bears killed across BC. The common response to these kinds of conflicts is to focus on the bears themselves: killing bears, relocating bears, or having a fear of humans instilled in bears. Some hunters will even argue that the best solution to reducing conflict is to hunt more bears, with the assumption that fewer bears will lead to less conflict.

Unfortunately, these responses are all at best misguided, and often counterproductive. The truth is that the root of bear-human conflicts has little to do with bears – and a lot to do with us. However, better coexistence with our ursine neighbours is possible, based on solid understanding of bears, problem human behavior, and of the ecology of bear-human conflict.

The root of bear-human conflicts has little to do with bears – and a lot to do with us.  Tweet This!

Research my colleagues and I have conducted has found that killing so-called ‘conflict bears’ does not seem to affect conflict patterns in the long-term. Similar research has found the same in Ontario, Colorado, and elsewhere. You kill some conflict bears and others replace them.

An understanding of the ecology of conflict between bears and humans reveals another important insight: although, the saying “a fed bear is a dead bear” can certainly be true when bears become too dependent on human food, bears who venture near human habitation in years of particularly poor natural food availability do not necessarily return the next year if natural food conditions improve.

This is perhaps not a surprise given bears’ preference for human avoidance: other than in extreme garbage-conditioning cases, if natural foods return, so too should avoidance of people.

Key to effectively addressing bear-human conflict is instead realizing that for the most part, it’s not bears that need to be managed – but people. Conflict can be thought to arise from two interrelated processes: proximate causes, such as someone’s garbage drawing a bear into their yard or someone surprising a mother grizzly bear with her cub, and ultimate or ecological causes, such as humans encroaching into bear territory or loss of natural foods. When we start to see bears coming into towns and backyards it is helpful to avoid knee-jerk reactions and to instead ask: why? Finding out what is actually driving the pattern will inform effective solutions.

A number of Coastal First Nations explicitly consider the needs of bears and other salmon consumers in their salmon stewardship planning.  Tweet This!

Poor attractant management is by and large the most consistent ‘problem human’ behaviour. Although bears generally avoid human habitation, persistent human food sources (for example, fruit trees, garbage, compost) can be too hard to resist, especially in late summer and fall when bears are desperately trying to pack on the pounds pre-hibernation. Treating this as a “bear problem”, with bears killed , hazed, or relocated can lead to a predictable pattern – bears “managed” one year will either come back or be replaced by new bears the next – an unending cycle that not only results in the needless killing of bears but also in a waste of time and energy.

It is also helpful to understand the ecological context. Our research in BC has found that bear-human conflict increases substantially in years when natural foods fail. Examples of this include poor salmon returns, berry failures, or similar. This highlights the importance of management that takes an ecosystem approach, for example managing to ensure sufficient berries on the landscape, and fisheries management that ensures sufficient salmon for bears. An ecological understanding can also be used to predict when conflict might be at its worst. Years with poor natural food availability could signal a need for extra vigilance and management of problem human behaviour.

There have been some promising developments highlighting how we can shift towards a more informed and effective approach to mitigating bear-human conflict. For example, Port Moody has recently increased the fines for improperly stored garbage by 10-fold – with repeat offenders facing fines of up to $1,000 – in an effort to reduce the number of black bears killed each year.

Although managing landscapes and fisheries with bears and other wildlife in mind is not yet the norm in BC, there are some promising cases of where it is increasingly being taken into account. For example, a number of Coastal First Nations explicitly consider the needs of bears and other salmon consumers in their salmon stewardship planning.

Finally, a recent report commissioned by Raincoast Conservation Foundation and produced by the University of Victoria’s Environmental Law Centre offers policy reforms that could improve agency responses to conflict, including independent oversight and a shift towards a more restrained (and less lethal) response to conflicts.1

This year’s high rates of bear-human conflict have been frustrating and upsetting for many. This is in many ways more of a symptom of our own behaviour than that of bears. The sooner we can learn from successful examples of bear-human coexistence and adjust our focus to our own behaviour, the sooner the widespread and consistent stories of bears being shot in cities and towns of BC and beyond could become a thing of the past. 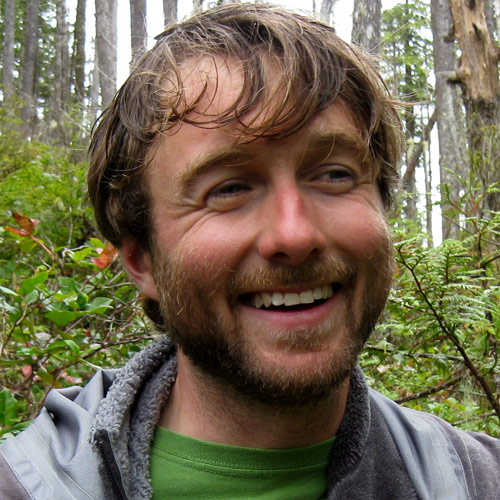 Kyle Artelle is a Raincoast Conservation Foundation Biologist and an adjunct assistant professor in the University of Victoria Geography Department. His work is at the interface of science and policy, including ecology and conservation of black and grizzly bears in the territories of the Heiltsuk, Kitasoo/Xai’xais, Nuxalk, and Wuikinuxv First Nations, wildlife management in BC and beyond, and questions regarding the role of science and values in environmental interactions.

A version of this article was first published on November 29 at The Globe and Mail.