Coastal Douglas-fir forests and associated habitats are among the most threatened ecosystems in the country.

With a limited geographic extent, including only the southeastern edge of Vancouver Island, the Gulf Islands, and a sliver of BC’s mainland, it is essential that these ecosystems are protected and conserved before it is too late.

Almost all of the original CDF forests have been logged since the early 1900s and a further 30% of second-growth has been converted to rural, urban, agricultural, and industrial use since 2008. The province’s last State of the Forests report, released in 2010, found that the CDF is BC’s most converted zone, with nearly twice the amount of deforested and fragmented land compared to the next most converted zone. This includes the province’s highest road density that profoundly fragments CDF habitats. Currently, 127 native plant and animal species characteristic to CDF ecosystems are on the provincial “Red” list. This includes iconic ecological communities  characterized by the presence of arbutus and Garry oak. Further, recent anecdotal reports of deterioration of arbutus, western redcedar, grand fir and coastal Douglas-fir indicate that climate change is already influencing these important ecosystems.

In the southern Gulf Islands and Saanich Peninsula, much of the Coastal Douglas-fir forests and associated habitats exist within W̱SÁNEĆ territory. These unceded lands have been inhabited by the W̱SÁNEĆ people, also known as the Saltwater or Coast Salish People, since time immemorial. Brought here by the creator, XÁLS, following the great flood, the W̱SÁNEĆ people were given the responsibility of caring for their relatives: the Islands of the Salish Sea. As such, in addition to their ecological significance, these habitats hold tremendous cultural and spiritual value.

Using Raincoast’s signature approach of informed advocacy, the Forest Conservation Program combines community engagement with science and policy review to achieve tangible conservation outcomes. Our work includes working with local Nations, civic governments, organizations, and community members to slow and reverse the destruction of these fragile, ecologically important, and culturally significant places through advocacy, community science initiatives, ecological investigation, and most recently, permanent land protection through property acquisition. Our preliminary focus is on North (S,DÁYES in the SENĆOŦEN language of the W̱SÁNEĆ) and South Pender Islands. As our work expands to other Gulf Islands, we commit to honoring the lands and culture of additional First Nations who call these Islands home.

The Story of the CDF 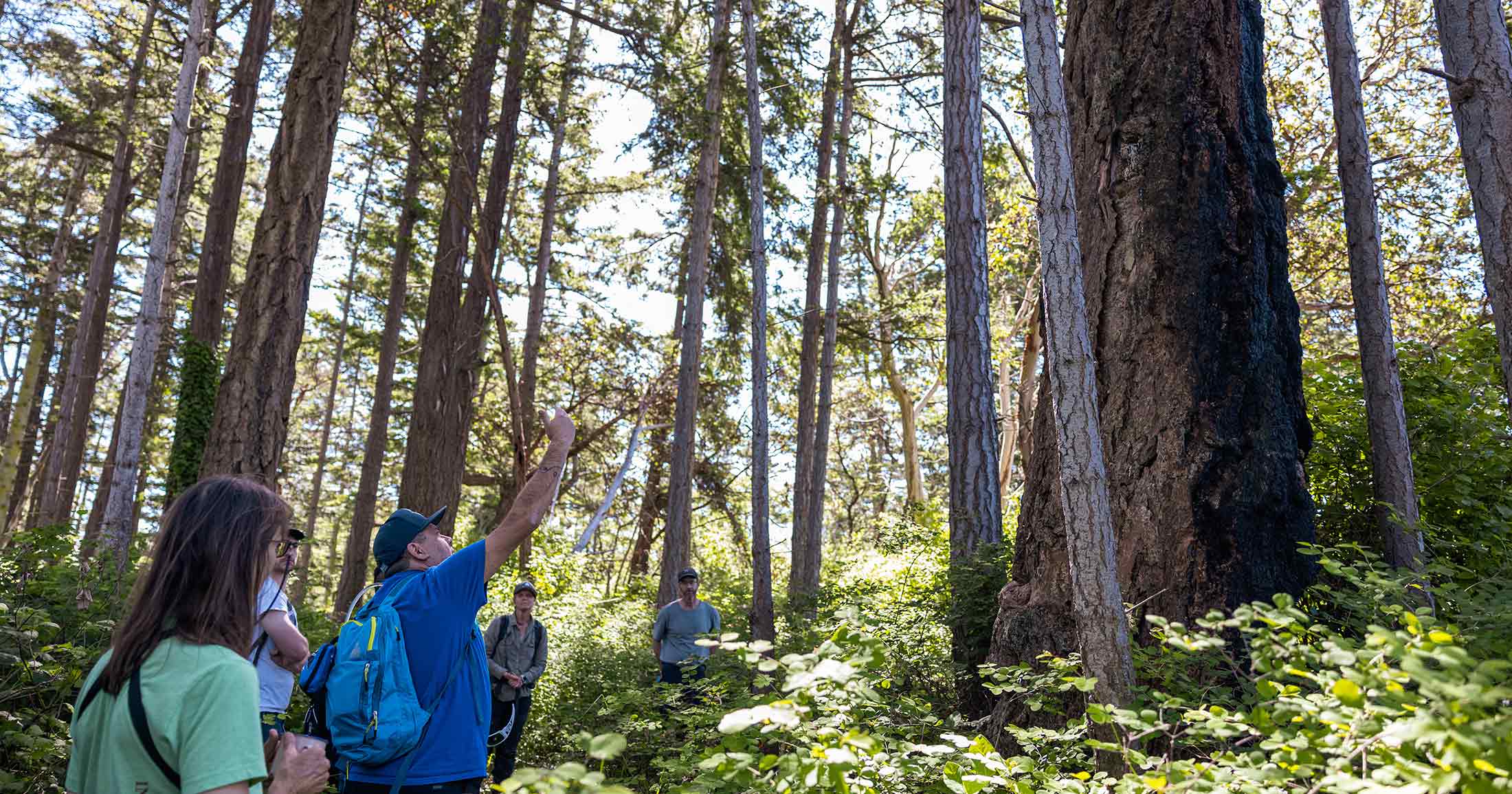 Read our series, The Story of the CDF

A series of web articles curated by Forest Conservation Program Director, Shauna Doll, and contributed to by expert Indigenous Knowledge Holders, ecologists, conservation scientists, social scientists, ethnobotanists, and others to increase understanding of some of British Columbia’s most threatened ecological communities. Interviewees share what makes Coastal Douglas-fir (CDF) forests and associated habitats so culturally and ecologically significant, and explain why it is important to protect them.

Find out more about the Pender Islands Big Tree Registry.

We have had two educational webinar series with sessions on a range of important topics. For descriptions and video recordings, slide decks, and more, check out our previous webinars series: 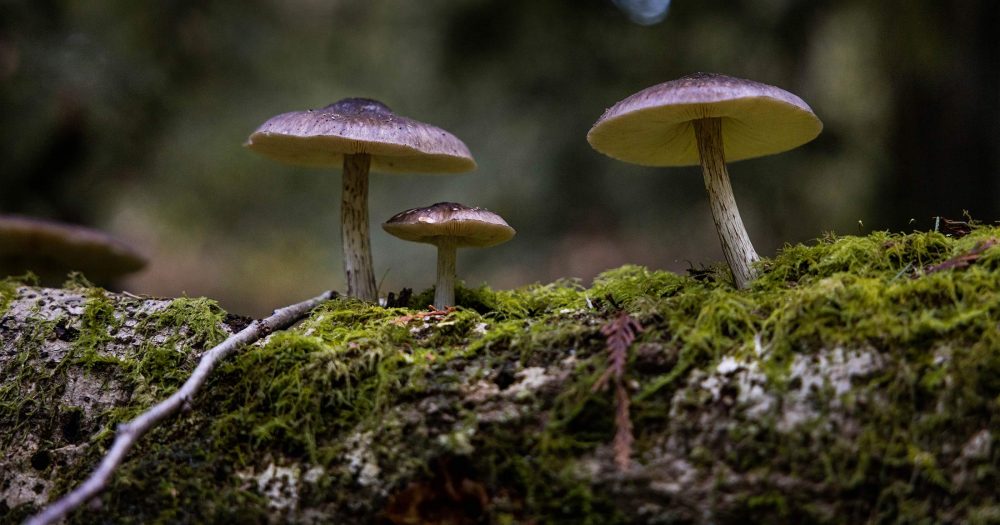 Land protection in some of Canada’s most threatened terrestrial habitats

Feb 7, 20234 min read
Raincoast established the Forest Conservation Program (formerly known as the Gulf Islands Forest Project) in 2019 with the intention of exploring pathways to strengthen protection of the rare and threatened habitats characteristic to the Coastal Douglas-fir (CDF) zone, particularly on the Gulf Islands. However, land in this region is disproportionately under private ownership, unlike the… 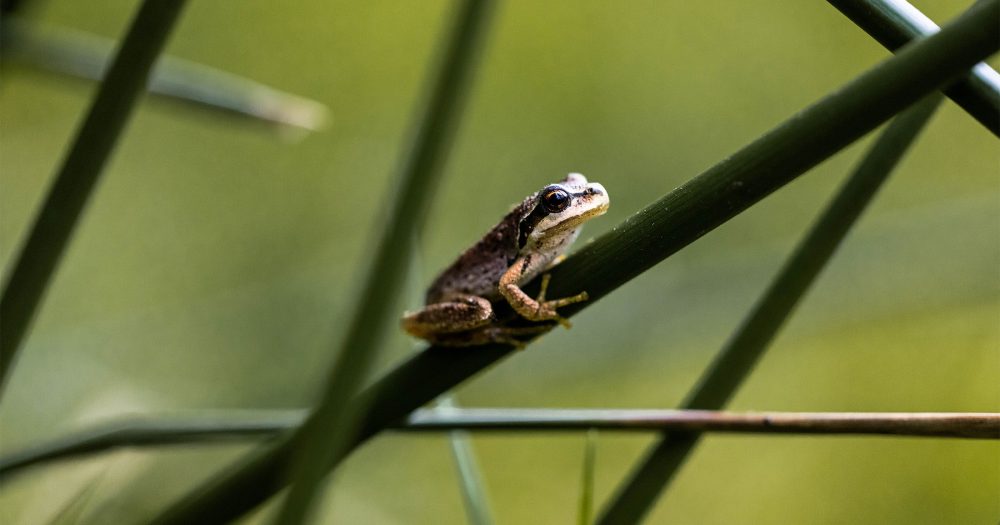 We did it! KELÁ_EKE Kingfisher Forest has been protected!

Jan 30, 20233 min read
KELÁ_EKE Kingfisher Forest has been secured as an essential piece of a larger nature corridor.

The story of Coastal Douglas-fir forests: The biodiversity potential of privately-owned land 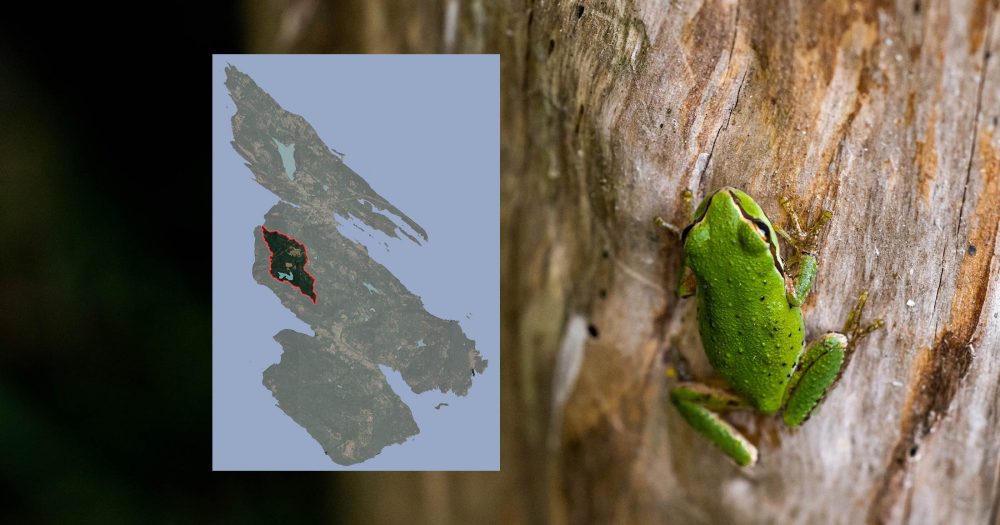 Jan 18, 202318 min read
Multiple practitioners working under the umbrella of the Maxwell Creek Watershed Project (MCWP or “the Project”) have contributed to this third instalment of the Field Files series, a photo essay illustrating the important role spatial data and mapping plays in establishing landscape-wide restoration projects. All maps were made by Nicholas Courtier, who also assisted with…
Investigate & Inform

The story of Coastal Douglas-fir forests: Coexisting with carnivores

The story behind our campaign to protect KELÁ_EKE Kingfisher Forest

A chance to double your donation to KELÁ_EKE Kingfisher Forest!

Celebrating the success of the first annual EcoFair

Entering the homestretch of the KELÁ_EKE Kingfisher Forest fundraising campaign